Notepads for teacher gifts & a TV while sewing question…

I spent some time yesterday working on these! 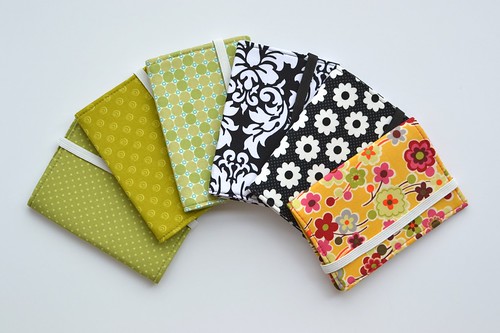 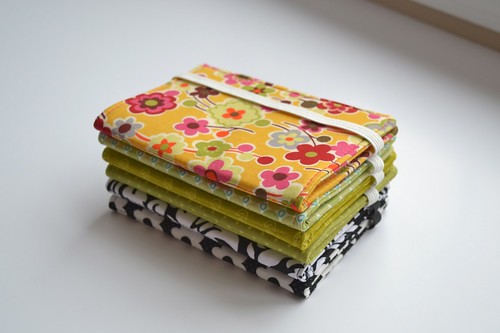 They went together quickly, although I almost ran out of green thread, but I made it! My mom is giving these to the teachers she works with for end of the year gifts. Each one is made out of a single fat quarter using the small version of my Notepads PDF Pattern.

These are my favorite two. I love the black & white daisies (a Lakehouse print) and the yellow with flowers (from Moda’s OZ by Sanae line): 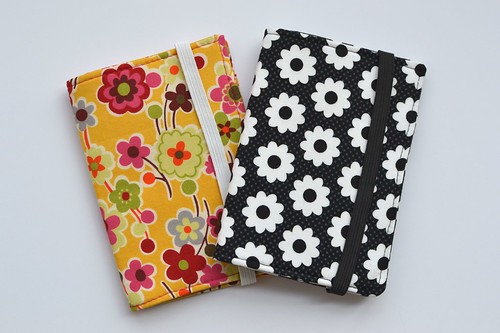 When I do little sewing marathons like this, I will typically “watch” shows on Netflix, Hulu, DVD, etc. I choose series I’ve already seen, so that I don’t actually have to watch and I can mostly listen. This time I played a bunch of episodes from Stargate SG-1, which is my ultimate favorite for sewing since I never get tired of it and there are something like 214 episodes and 2 movies, all of which I’ve probably seen at least 5 times. (Sam & Loki’s names are even kind of from Stargate, I’m a big fan.) While working on patterns or during other marathon style sewing, I’ve plowed through entire series – but they are always series I’ve already seen. In the last couple of years I’ve re-played Veronica Mars, Psych, Gilmore Girls, Eureka, Big Bang Theory… and probably more I’m forgetting about too.

I guess I’m wondering if I’m the only one who does this?? If I’m cleaning the house or doing something besides sewing I will usually play music or podcasts, but when I plan to sit down and sew for hours, this is what I do. I kind of want to start something new, but I am worried that I’ll get sucked into the show and not focus on my projects. I just really need to add something new to the mix! What are your favorite series?

Click here to cancel reply.
Dog Under My Desk
Copyright © 2023 All Rights Reserved
iThemes Builder by iThemes
Powered by WordPress